I did my first ever podcast interview!

On it (in it?) I chat with the host, Rhumel, about my journey to publication and a lot of other stuff.

I hope you enjoy listening as much as we enjoyed talking!

Brown Baby Lullaby is an Amazon Best Book of the Month!

There’s nothing like the smell of a baby. Especially one that’s fresh from a bath, rubbed down and sprinkled with all those special-scented baby lotions and powders. It’s been nearly two decades since any sweet-smelling infants or toddlers were part of my daily routine, but I did mother three of them and that fragrance is so ingrained in my being that I can pretty much conjure it at will.

Other memories from that early phase of my motherhood journey still hit me out of nowhere sometimes: the silky soft feel of newborn feet; a sincere but slobbery open-mouthed kiss pressed against my cheek; the heartwarming gift of a toothless grin; the purest, most uncomplicated love I’ve ever known.

I’m now half a century into life and my three sweet brown babies are three young adults. I have a fair amount of remembrances to look back on, so trust me when I tell you, there is nothing like the smell of a baby.

The death of Botham Jean has really messed me up.

He was sitting in his own apartment, watching TV and eating ice cream. He was deemed a threat by the off-duty police officer who erroneously and illegally entered his home and shot him dead. He received no medical attention as he lay dying.

Botham Jean was a 26 year-old business professional; a highly spiritual, influential young man. The apple of his father’s eye and forever his mother’s baby, he was a model citizen by all accounts.

And still his blackness was an automatic threat, worthy of death in the eyes of a white stranger.

Botham Jean, beloved and full of promise, was murdered in his own home…while watching TV and eating ice cream.

It’s a gut-wrenching thing to grow up brown-skinned in a country that devalues brown skin—fears and hates it even. Intellectually, people of all races know how evil and unjust this mindset is. Yet racial bias continues to undergird our entire nation…truthfully, our entire world. As a fish cannot escape the effects of a life spent swimming in contaminated waters, how can the bias we’ve been raised in not affect each of us on an intrinsic level? Our minds and hearts will continue to absorb this poison until each of us makes concerted, individual efforts to transform society. Brown Baby Lullaby, my forthcoming picture book, is one of mine.

More than a bedtime story, more than a lyrical love poem with evocative art, more than the nostalgic ode to my own babies it was originally intended to be, Brown Baby Lullaby is an opportunity to sow seeds. For Black and brown babies, it’s an opportunity to sow seeds of self-love and pride; to have their existences acknowledged as cherished and necessary via the joy-filled images of a loving brown-skinned family, bound in a hardcover book they can hold in their very own hands. It’s literary affirmation of our children’s real-world belovedness. Given our current climate, it’s important that we make sure they experience such affirmation in abundance.

For white babies, Brown Baby Lullaby is an equally important opportunity to sow seeds of connection and inclusion. If tended with care and consistency, these seeds can produce roots so big, so strong, and so deep, there’ll be no room for fear-based racial assumptions in the next generation of white adults. Laying the groundwork for a more just society in the future—where the instinctive reaction of white people toward Black and brown people will be no different than their reaction toward other white people—requires a proactive and intentional mindset. The earlier such intentionality takes place in our children’s lives, the more lasting its impact will be.

At public events in the past, I’ve sadly watched parents steer their interested children away from my books because the character on the cover wasn’t the same color as their child. Not this time, I hope. This time, I hope that the images and words of Brown Baby Lullaby will sow themselves into the hearts and minds of our little ones—ALL of our little ones—blossoming into a visceral belief in the value, humanity, and belovedness of every brown-skinned baby. And child. And human being. Because our hearts cannot take another Botham Jean.

On October 12, 2019, Atatiana Jefferson was murdered in her own home by a police officer. She was 28 years old. She was playing video games with her nephew.

This has to stop. We have to make this stop.

I’m so happy to announce that I am now #TeamKokila!

Ebony Glenn is amazing. Joanna Cárdenas is amazing. My agent, Marietta B. Zacker is beyond amazing.  I’m excited, y’all!

I’m honored to announce that AROUND OUR WAY ON NEIGHBORS’ DAY has been designated an ACTION BOOK CLUB™ selection by LittleFreeLibrary.org®!

Any group of people (families, friends, classmates, organizations, existing book clubs) can sign up to participate in this wonderful, service-oriented endeavor. Per the website, the idea is as follows:

“In a new twist on the traditional book club, Little Free Library’s Action Book Club™ invites participants to read books on timely topics, engage in lively discussions, and take part in meaningful—and fun—group service projects to benefit their communities. This is reading and social engagement at its best.

After completing a service project, participants can share their experiences online with other Action Book Club members. Through trading stories, ideas, and successes, participants will contribute to a national conversation and inspire others to take action in their own neighborhoods.

The Action Book Club’s current theme is Good Neighbors, which celebrates the power of community, kindness, and taking action where you live.”

For more information on the program and how to register, visit LittleFreeLibrary.org/ActionBookClub

Emerging from depths of silence, I am, to announce two pieces of good news:

Needless to say, I am feeling excited, thankful and extremely blessed.

My Cold Plum Lemon Pie Bluesy Mood is a 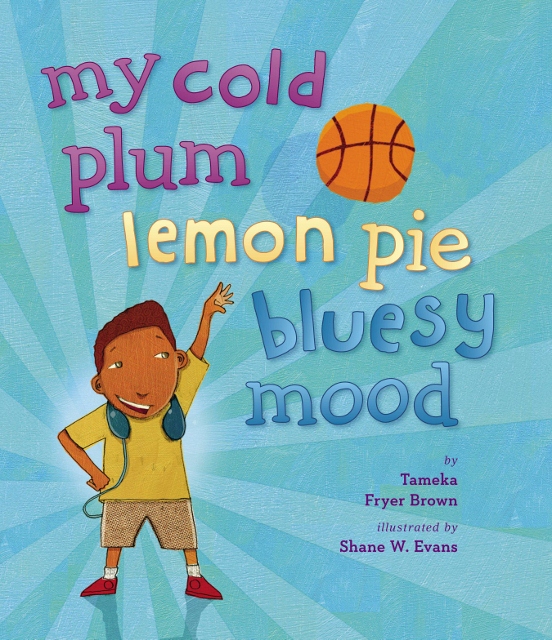 JAMIE MADE THE CUT!

On the New York Public Library’s  2013 list of 100 Titles for Reading and Sharing!

GET NEWS FROM TAMEKA